What is the difference between 5G and WiFi?

Actually, the comparison between practical 5G and WiFi is not very appropriate. Because 5G is the “fifth generation” of mobile communication system, and WiFi includes many ”generation” versions such as 802.11/a/b/g/n/ac/ad/ax, it’s a bit of like the differences between Tesla and Train.

More broadly, from the same dimension, the difference between the mobile communication system (XG, X=1,2,3,4,5) and the Wifi we use today?

The difference between XG and Wifi

As a user, my own experience is that Wifi is much cheaper than XG, and if we ignore the cost of wired broadband and routers, we can even think that using wifi to connect to the Internet is free. However, in most cases, prices can only reflect some technical factors. If you take a small home network and extend it nationally and internationally, it is XG. But there’s a big difference between this large-scale and small-scale.

To describe the differences between them, we need to start with the requirements.

In the case of Wifi and XG, the technical difference between them is similar to regional autonomy and centralization. They lead to the idea that most Wifi nodes are built by private (or company, or city), while Operators make XG base stations in the country.

Less technically, we won’t know if the next intersection will suddenly see a long line of cars with red taillights in front of us when we are driving out on the road. The railway will not have this kind of trouble; the central dispatch system dispatches everything.

At the same time, Wifi is connected to private cable broadband. The XG base station is connected to the backbone network of Operators, so Wifi generally has privacy requirements and cannot be accessed without permission.

Because Wifi is connected to private broadband, the personal cable access point is fixed, and the line is wired. This means that wifi has a little mobility requirement and a small coverage area. It is generally only necessary to consider the impact of walking speed on signal transmission, and cell switching is not considered. However XG base station has high mobility and cell switching requirements, and high-speed objects such as cars and trains need to be considered.

Such competitive/non-competitive privacy and mobility requirements will bring a series of differences from function, technology and coverage, access, spectrum, speed, etc.

Spectrum maybe is the most immediate trigger for competition.

Therefore, when you turn on your wifi, you will see a very long wireless list; most of them are 2.4GHz routers. This means that this frequency band is very congested, and there may be a lot of noise-like interference.

That means if all other technologies are the same, the Wifi SNR (signal to noise ratio) will be lower for mobile phones on this band, which will result in a smaller wifi coverage and transmission. At a result, the current wifi protocols are expanding to 5GHz, 60GHz and other low interference frequency bands.

With such a long list, and the frequency band of wifi is limited, there will be competition for channel resources. So, the core air interface protocol of wifi is CSMA/CA (Carrier sense multiple access/collision avoidance).  it does this by checking the channel before sending and waiting for a random time if the channel is busy. But the detection is not real time, so it is still possible that there are two routes together to detect the idle spectrum together and send data at the same time. Then a collision problem occurs, and the retransmission method will be used to transmit again. 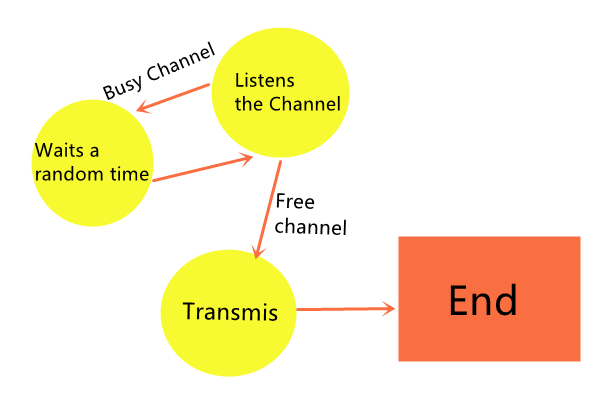 In XG, because the access channel is allocated by base station and the interference factors are considered in the allocation algorithm, the coverage area of the base station with the same technology will be larger. At the same time, in the signal transmission before, XG has been assigned to a dedicated base station “line”, so there is no need for channel detection before transmission, and the requirements for collision retransmission are also very low.

Another significant difference with regard to access is that XG does not have a password because Operators need full-site access, and they use the identity in the SIM card and charge through the toll gateway. Private wifi usually requires a password.

As mentioned before, wifi coverage is generally low, in comparison, base station will have a much larger coverage because its high transmit power and low frequency band interference.

Network speed may be affected by too many factors, we will not discuss the speed of wifi and XG, in fact, either is possible.

We all know that single-node decision-making system is the most efficient system. that is, if there is multi-node collaboration in a wireless network, the most efficient way is to have a network-wide controller to help each router schedule and allocate time/space/spectrum resources.

In a wifi network (WLAN), the integrated AP (Access point) and AC (Access Controller) in the home router are separated.  The AC controls the network and allocate resources.

Well, what if we expand it a little bit.

Up to the whole country, a single AC is obviously not enough data processing speed, then each region needs a similar AC, and each AC also needs to work together to communicate with each other. This forms the core network.

The mobile communication network of the operator is manly composed of the core network and the access network.

As shown below, is this similar to a wireless router network (WLAN)? 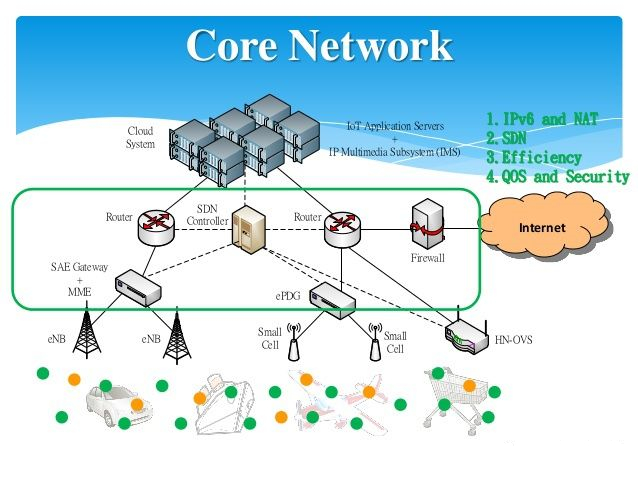 From single router, to multi-router at the company level, or to base station coverage at the national level, this is probably the difference and connection between wifi and XG.