What is the difference between 5G and 4G?

What is the difference between 5G and 4G?

Today’s story begins with a formula.

It’s a simple but magical formula. It is simple because it only has three letters. And it’s amazing because it is a formula that contains the mystery of communication technology.

Allow me to explain the formula, which is the basic physics formula, the speed of light = wavelength * frequency.

If I call you, the information data is either in the air (invisible and intangible) or the physical material (visible and tangible). 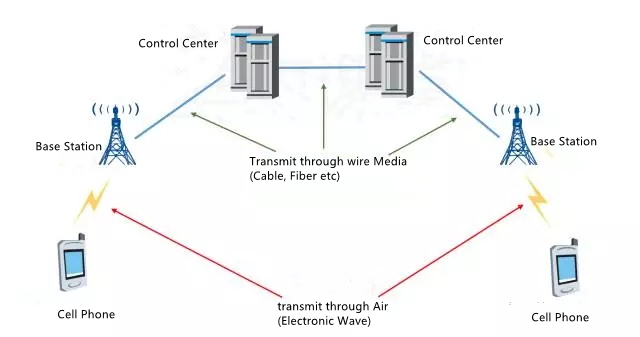 If it is transmitted on the physical materials, it is wired communication. It is used copper wire, optical fiber., etc., all referred to as wired media.

When data is transmitted over wired media, the rate can reach very high values.

For example, in the laboratory, the maximum speed of a single fiber has reached 26Tbps; it is twenty-six thousand times of traditional cable. 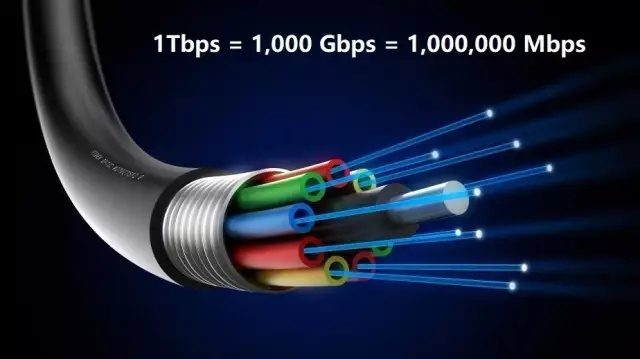 The current mainstream mobile standard is 4G LTE, a theoretical speed of only 150Mbps (excluding carrier aggregation). This is entirely nothing compared to cable. 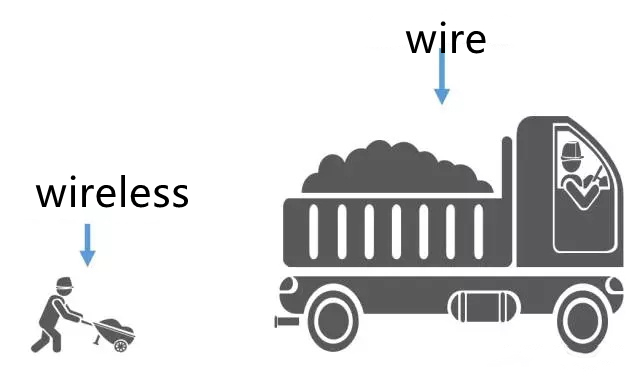 Therefore, if 5G is to achieve a high-speed end-to-end, the critical point is to break through the wireless bottleneck.

For example, high-frequency gamma rays have significant lethality and can be used to treat tumors.

We currently mainly use electric waves for communication. of course, there’s the rise of optical communications, like LIFI. 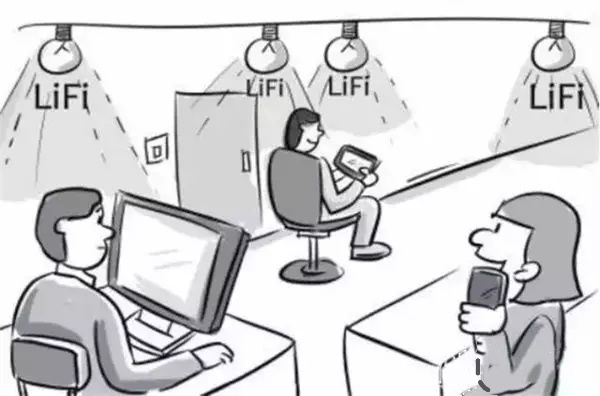 Electronics belong to a kind of electromagnetic wave. Its frequency resources are limited.

We divided frequency into different parts and assigned them to various objects and uses to avoid interference and conflict.

The use of radio waves of different frequencies

We mainly use MF-SHF for mobile phone communication.

As you can see, with the development of 1G, 2G, 3G, 4G, the radio frequency used is getting higher and higher.

So, what does 5 G use the specific frequencies?

The frequency range of 5G is divided into two types: one is below 6GHz, which is not too different from our current 2G, 3G, 4G, and the other, which is high, above 24GHz.

If calculated by 28GHz, according to the formula we mentioned above:

Allow me to show the frequency table again:

Please pay attention to the bottom line. Is that a millimeter-wave!

The reason is simple:

–it is not that you don’t want to use it. It is that you can’t afford it.

Look at your laser pen (wavelength is about 635nm). The light emitted is straight. If you block it, you can’t make it through.

Then look at satellite communications and GPS navigation (wavelength is about 1cm). If there is an obstruction, there will be no signal.

The big pot of the satellite must be calibrated to point the satellite in the right direction, or even a slight misalignment will affect the signal quality.

If mobile communication uses the high-frequency band, its most significant problem is the significantly shortened transmission distance, and the coverage capability is greatly reduced.

To cover the same area, the number of 5G base stations required will significantly exceed 4G. 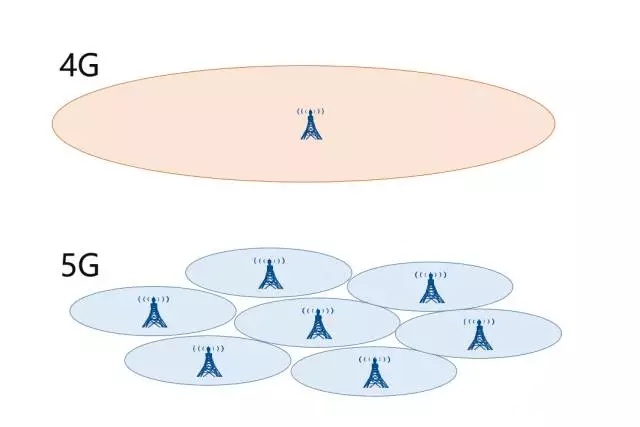 What does the number of base stations mean? The money, investment, and the cost.

The lower the frequency, the cheaper the network will be, and the more competitive it will be. That’s why all carriers have struggled for low-frequency bands.

Some bands are even called – the gold frequency bands.

Therefore, based on the above reasons, under the premise of high frequency, to reduce the cost pressure of network construction, 5G must find a new way out.

And what are the way out?

First, there’s the micro base station.

To cover a large area. 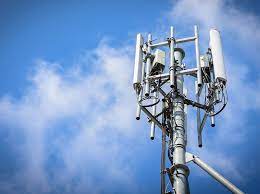 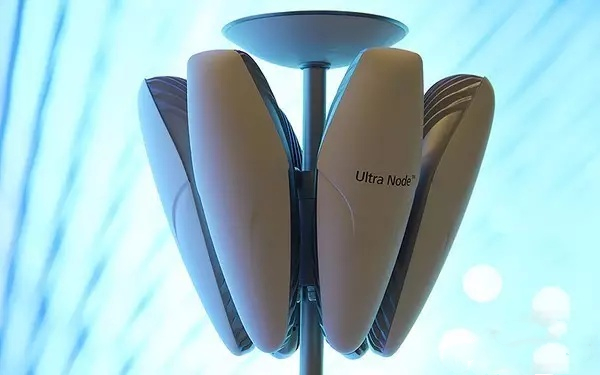 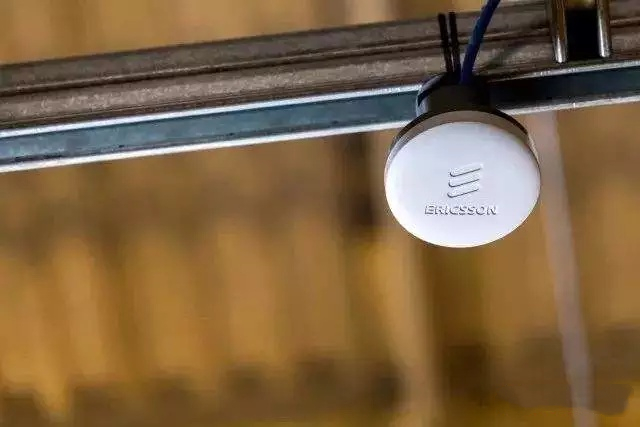 Many micro base stations now, especially in urban areas and indoor, often can be seen.

In the future, when it comes to 5G, there will be many more, and they will be installed everywhere, almost everywhere.

You may ask, will there be any impact on the human body if so many base stations are around?

My answer is –no.

The more base stations there are, the less radiation there is.

Think about it, in winter, in a house with a group of people, is it better to have one high-power heater or several low-power heaters?

The small base station, low power and suitable for everyone.

If only a large base station, the radiation is significant and too far away, there is no signal.

Where is the antenna?

Have you noticed that cell phones had a long antenna in the past, and early mobile phones had small antennas? Why don’t we have antennas now? 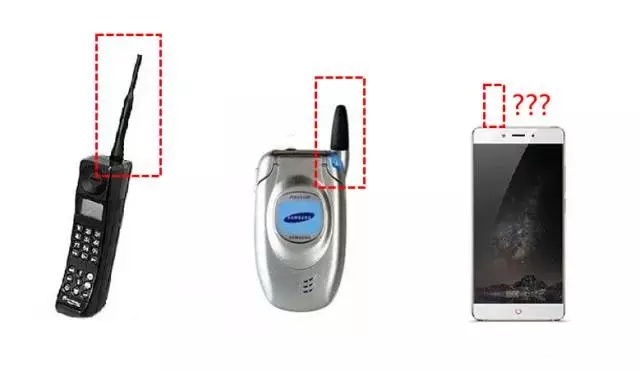 Well, it is not that we don’t need antennas; it is that our antennas are getting smaller.

According to the characteristics of the antenna, the length of the antenna should be proportional to the wavelength, approximately between 1/10 ~1/4

As time changes, the communication frequency of our mobile phones is getting higher, and the wavelength is getting shorter and shorter, and the antenna will also become faster.

This means that the antenna can be inserted entirely into the mobile phone and even several antennas.

This is the third key of 5G

In the LTE era, we already have MIMO, but the number of antennas is not too much, and It can only be said that it is the prior version of MIMO.

In the 5G era, MIMO technology becomes an enhanced version of Massive MIMO.

A cell phone can be stuffed with multiple antennas, not to mention cell towers.

In the previous base station, there were just a few antennas.

In the 5G era, the number of antennas is not measured by pieces but by the “Array” antenna array. 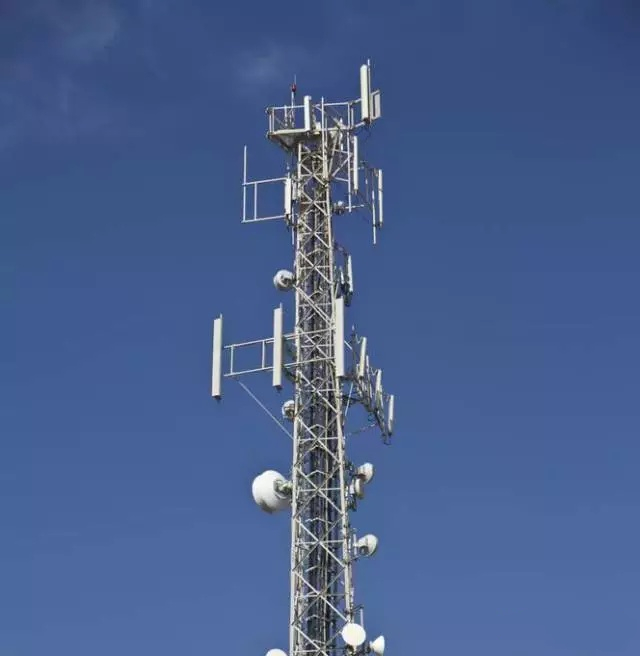 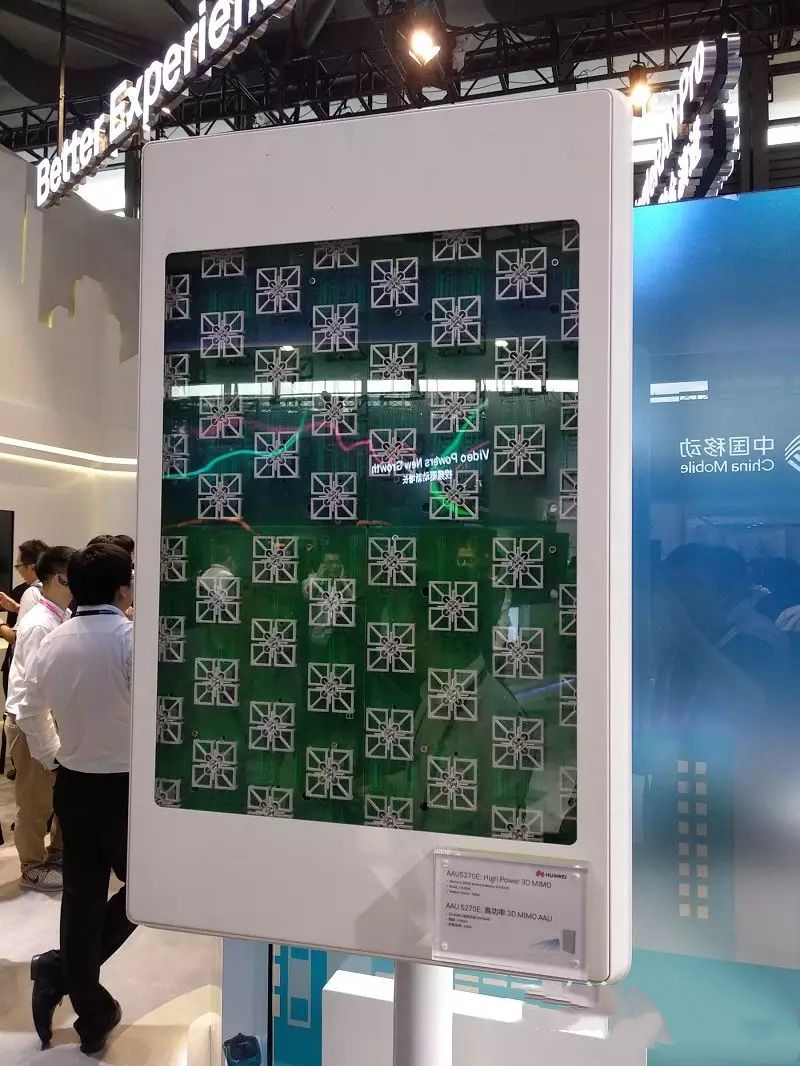 However, the antennas should not be too close together.

Because of the characteristics of antennas, a multi-antenna array requires that the distance between antennas should be kept above half wavelength. If they get too close, they will interfere with each other and affect the transmission and reception of signals.

When the base station transmits a signal, it is like a light bulb. 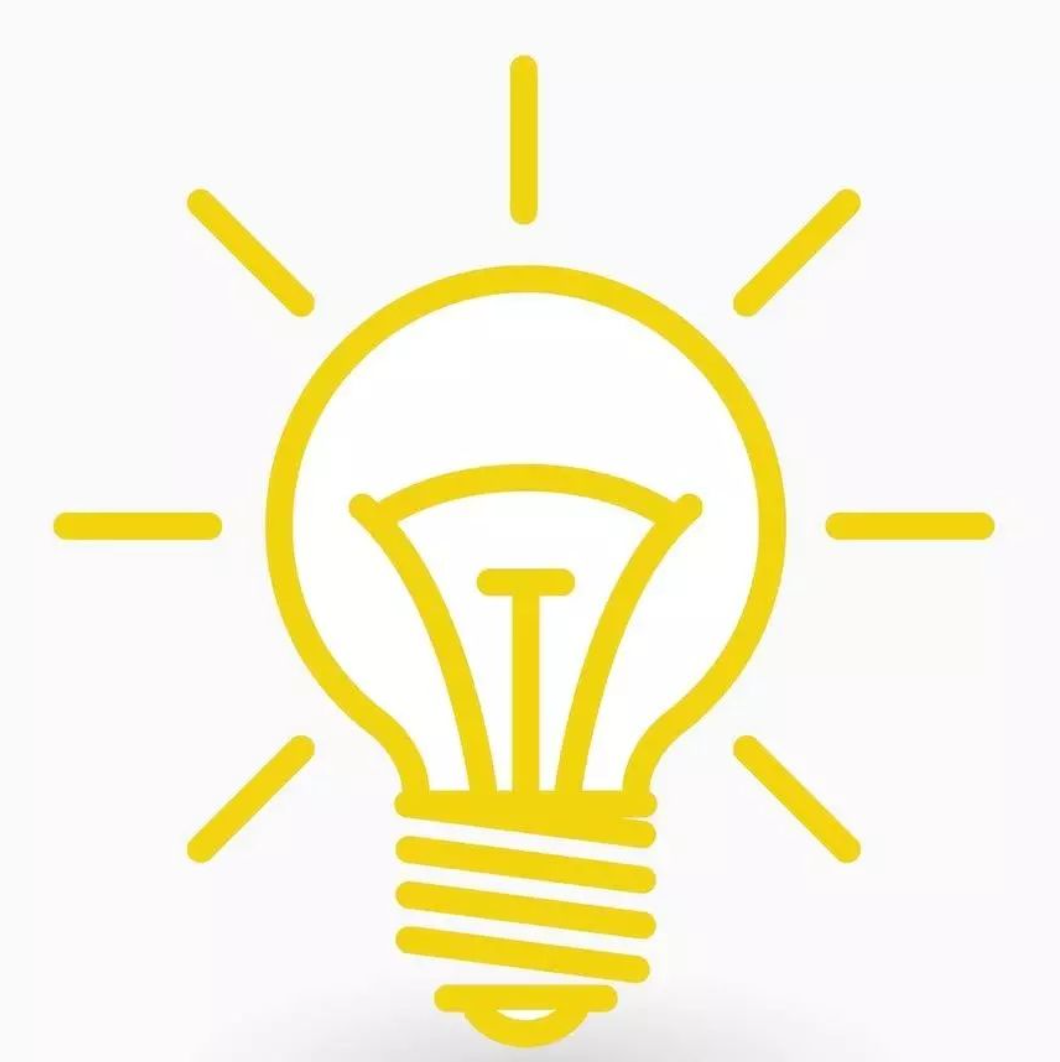 The signal is emitted to the surroundings. For light, of course, is to illuminate the whole room. If only to illustrate a particular area or object, most of the light is wasted.

The base station is the same; a lot of energy and resources are wasted.

So, if can we find an invisible hand to tie up the scattered light?

This not only saves energy but also ensures that the area to be illuminated has enough light.

The answer is yes.

Beamforming or spatial filtering is a signal processing technique used in sensor arrays for directional signal transmission or reception. This is achieved by combining elements in an antenna array so that signals at particular angles experience constructive interference while others experience destructive interference. Beamforming can be used at both the transmitting and receiving ends to achieve spatial selectivity. 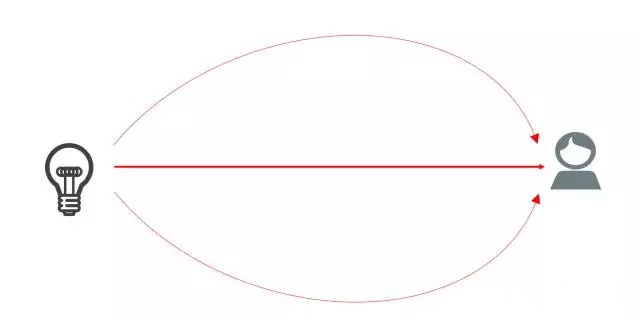 This spatial multiplexing technology has changed from omnidirectional signal coverage to precise directional services, will not interfere between beams in the same space to provide more communication links, significantly improve the base station service capacity.

In the current mobile network, even if two people call each other face to face, the signals are relayed through base stations, including control signals and data packets.

But in the 5G era, this situation is not necessarily the case.

The fifth significant feature of 5G —D2D is device to device.

In the 5G era, if two users under the same base station communicate with each other, their data will no longer be forwarded through the base station but directly to the mobile phone.

In this way, it saves a lot of air resources and reduces the pressure on the base station. 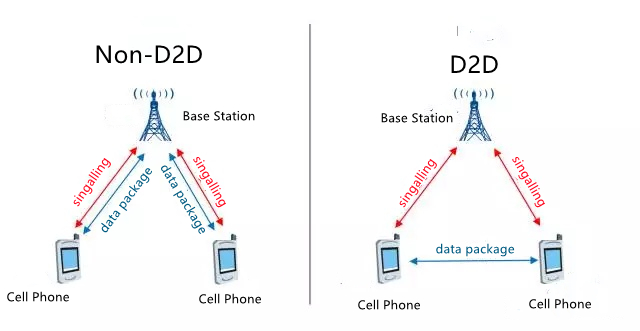 But, if you think you don’t have to pay in this way, then you are wrong.

The control message also needs to go from the base station; you use the spectrum resources. How could the Operators let you go?

As one expert said—

The limits of communication technology are not limited to technical limitations but inferences based on rigorous mathematics, which is impossible to break shortly.

And how to further explore the potential of communication within the scope of scientific principles is the tireless pursuit of many people in the communication industry.